How to get to Halong Bay from Van Don Airport by bus? Shuttle buses from on the route Halong to Van Don Airport now are available from Dec 30, 2018, under management of Department of Transport in Quang Ninh. Contact 1900 67099 to book!

The shuttle bus (number 14A and 14B) runs every 90 minutes between Halong and Van Don Airport.

Public shuttle bus is the fastest, cheapest and easiest means of traveling from the bus terminal to the city center. For those who want to visit Tuan Chau International Recreation Center (Khu du lịch quốc tế Tuần Châu), there’s transit service to pick-up point in Highway 18 and vice versa. If you travel in group from 5, pick-up at your group’s hotel is available if the hotel is on the route. 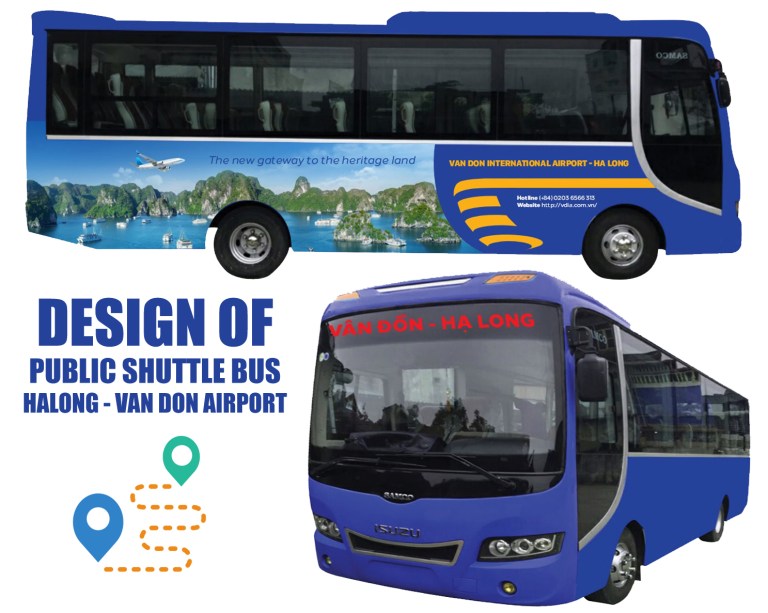 HOW TO TAKE THE BUS

The bus 14B is another bus that transit passengers from city to aiport. It begins at Sunworld Complex Halong and continues along highway Halong – Van Don. The 14B passes New Life Tower – Honda dealer. Then it’s on to Hoang Quóc Viet street, passes Gas Station 81 (on Highway 18) before gets to Van Don Airport.

The shuttle bus (number 14A and 14B) runs every 90 minutes between Halong and Van Don Airport. If you want to require private shuttle bus for your group, refer to the timetable below:

For the route from Halong to Van Don airport, the bus begins 3.5 hours prior to departure time of your group’s flight.

For the route from Van Don airport to Halong, the bus begins 30 – 60 mins after arrival time of your froup’s flight. 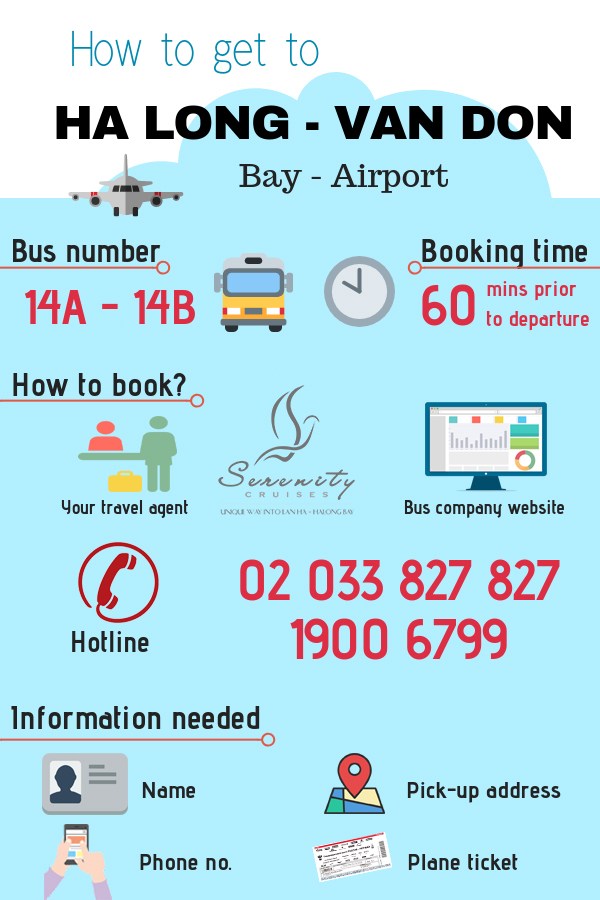